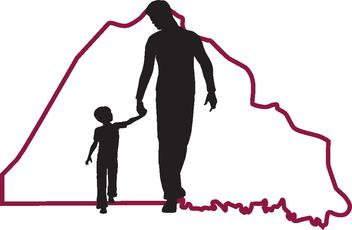 In 1995 the Perry County Community Task Force (PCCTF) was established as the result of a grass roots effort and a CHART (Communities Health Assessment Resource Team) initiative in Perry County.  The organization was started with a concerted effort to make Perry County an even better community in which to live.  The ongoing mission is to continue to build a safe, healthy, and thriving community for Perry County, through inclusive partnerships from all segments of the community. Participants include: health care, law enforcement, social services, businesses, civic groups, youth, parents, schools, faith communities, government, and interested groups and citizens.  The focus of the organization is on youth, with a special emphasis on assisting at-risk youth to avoid delinquency or anti social issues and move toward a successful future.

In 1996, the Task Force conducted a community survey to identify needs in Perry County.  Surveys were mailed to 1/3 of the registered voters and were placed in local establishments, etc.  Over 1,000 surveys were returned.  Top needs identified were:

In 1997 the Task Force was incorporated through the State of Missouri.  The bylaws and extensive policies and procedures manual were approved on July 9, 1997.

In 1998, the PCCTF was recognized as a 501c3 by the Internal Revenue Service.  The organization also became a Community 2000 coalition.

​In 1998, the first program undertaken by the PCCTF was the Junior/Senior Conference.  This yearly event was organized as a result of the high accident and fatality rate among youth, occurring during the time of prom/graduation.  This conference, which is planned by the youth from the local high schools, focuses on encouraging youth to make healthy decisions about drug/alcohol use and safe driving, especially during the high-risk time of prom and graduation.  Events which take place during the conference generally consist of a car accident reenactment, videos, motivational speakers, and PSA-type videos created by students.  The conference is intended for all Perry County high school juniors and seniors, but it also available to the public.

In 1999, the School to Work Coordinator for Perry County District #32 asked the Perry County Community Task Force for help in developing and securing funding for a mentoring program.  A proposal was developed and a grant was received from the Missouri Department of Health.  The Communities Helping Adolescents Mature Positively and Successfully (CHAMPS) mentoring program was officially launched on October 5, 1999 with a luncheon in Perryville to celebrate and introduce this important new effort.  In the first year of the mentoring program, only three youth were being mentored.  CHAMPS mentoring grew quickly and by the beginning of 2004, there were nearly seventy youth mentored by individual mentors, with twenty-five youth on the waiting list.  The mentoring program expanded to include life-skills training, healthy alternatives, service projects, and opportunities for leadership.  The CHAMPS mentoring program is available in all the schools in Perry County.

In 2001 the Perry County Community Task Force decided to address the elevated school drop-out rate in Perry County through the Out-of-School program.  Statistics indicate that Perry County ranked fourth our of 114 counties for having the highest drop-out rate during this time.  Weekly meetings focus on building self-worth, completing educations, learning the soft skills to get a job, and acquiring the people skills to move forward in employment and life.  Many of the youth indicated they had dropped out of school because of substance use.  The PCCTF decided that it was time to start a program for youth about substance use issues.  ***THIS PROGRAM IS NO LONGER BEING OFFERED***

In 2002, a committee was formed, consisting of Probation and Parole, Juvenile Office, school personnel, counselors, the Division of Social Services, concerned citizens, and youth themselves to create the Seeking Answers (SA) support group for 16-21-year-old youth with substance use concerns.  Judges, attorneys, and various agencies were informed of the program and the ways in which it would help Perry County youth.  Some youth are court mandated to attend, others come due to parental influence, some attend as friends of those who are court-mandated, and others come as interested individuals.  Weekly meetings help youth acquire the resolve and skills to avoid substance use.

In 2004, the PCCTF was certified through the Department of Mental Health.

in 2004, the Youth and Parents (YAP) program started.  Parents of the youth in the CHAMPS mentoring program often approached their child's mentor for assistance with parenting.  The need became apparent for a support/informational group for parents.  Activities/meetings for families are held monthly to help families form strong bonds and to give parents/guardians the skills/information needed for effective parenting.

In 2005, the PCCTF became credentialed as an Access to Recovery Provider.

In 2005, the PCCTF conducted a new community survey to identify needs in the community.

In 2006, the Task Force decided to implement the Eighth Grade Prevention Conference to help youth acquire additional resistance skills prior to entering the larger arena of high school.  This yearly conference, available to eighth graders in all the schools in Perry County consists of upbeat, interactive activities and presentations to help youth make positive choices.

In 2007, the Task Force started another program.  It was felt the youth needed basic life skills to help them make good choices.  The Botvin LifeSkills Training Program was implemented to target the fundamental reasons why students engage in behaviors that put them at risk.  This program, now known as D.E.F.Y. is for all Perry County schools that desire prevention services for 7th through 10th grade.  This interactive curriculum is taught by Task Force staff within the school setting.  The SOS Suicide Prevention program was added in 2008 and is conducted yearly for both middle and high school students in all of the Perry County schools.

In 2007, the PCCTF initiated and passed the Youth Sales Tax in Perry County for the organizations.

In ​2009, the Service to Science initiative was awarded to create a stronger presence of the CHAMPS Mentoring Program in Perry County.

In 2013, the Healthy Alternatives for Little Ones (HALO) program was added.  This is an evidence-based, developmentally-appropriate health education and prevention program for 4-6 year old children.  The 15-week program is designed to strengthen protective factors and reduce risk factors by helping children develop resiliency skills: self-discipline, problem-solving strategies, and tolerance of people and situations different from their own.  It is available for preschools, daycares, and kindergarten classes.

In 2014, the Girls' Circle was formed.  This program is open to girls ages 13-16+.  It uses an evidence-based curriculum to provide opportunities for girls to lead a life that includes being informed; having positive choices; experiencing shared power; and having positive options for a safe, healthy, and productive future

​In 2016, the PCCTF conducted a third community survey to reassess needs in the county.

The PCCTF operates with a seven-member Board of Directors, which includes:

It also operates on an open membership policy, with all interested groups and individuals encouraged to participate.  Task Force Board meetings are held on the third Tuesday of every other month at 5:00 p.m. These meetings are presently held at the Task Force Office at 21 South Main Street in Perryville, MO.